Jon, in conjunction with the pastoral staff, develops and leads the Sunday worship services and other aspects of music ministry at URC. He loves shaping music and coordinating the efforts of the church’s faithful volunteers.

Jon also is a point of contact for new visitors and members by reaching out, meeting, and having meals with those seeking to learn more about our church. He is anxious to help people feel welcomed, educated and connected.

Jon grew up in Flint, Michigan where he met and married his better half, Britt, in 2012. Shortly afterwards, they flew to Hawaii for an adventure of (then) undetermined duration. It was there that they joined a PCA church and Jon began classes through Reformed Theological Seminary – Global.

God directed their steps back to Michigan four years later and they are very pleased to be close to their families, as well as part of such a special spiritual family at URC.

Jon is a graduate of University of Michigan where he earned his degree in music education and piano performance. He is still pursuing a M.A. in Biblical Studies. Britt is a critical care nurse at Sparrow Hospital and they both love travel, books, coffee, the outdoors and laughing.

Therefore God has highly exalted him and bestowed on him the name that is above every name, so that at the name of Jesus every knee should bow, in heaven and on earth and under the earth, and every tongue confess that Jesus Christ is Lord, to the glory of God the Father. (Philippians 2:9-11) 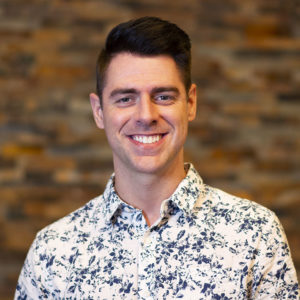