Mada is married to Rose and they are blessed with two children – a son named Joyous (age 7) and a daughter named Joanna (age 4). He is the fourth born of 11 children in a Christian family and his parents played a big role in his Christian life by sending them to Sunday School. He grew up in Blantyre, Malawi and attended both primary and secondary schools there. He attended
African Bible College and graduated with a Bachelor’s Degree in Biblical Studies. After graduation he had a great passion to serve God as a Pastor but worked in different capacities as a Sunday School Teacher and Church elder. God confirmed his pastoral calling when Pastor Confex Makhalira asked him to join him and serve with MRN. 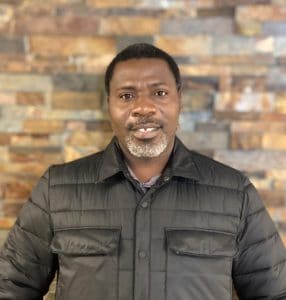