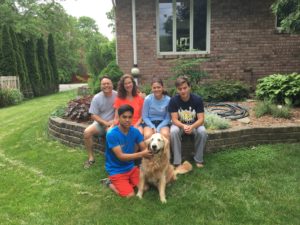 My Occupation: During the day I work for a nonprofit Community Development Financial Institution analyzing affordable rental housing investments in the Midwest and the MidAtlantic. I have an MBA in Urban Economic Development from Eastern University and a Bachelor’s Degree from Emory University.

Background at URC: I moved to Michigan in 2003 with my wife and three kids. We began attending URC in Spring of 2004. I joined the worship team playing the drums about three years later. I became the Chairperson of the Financial Advisory Team in 2015.