On Sunday, Jason delivered the first sermon from this year’s Faith Focus series on identity. The text was Gen 1:26-31, and in it we see God’s design in our created identity. In the weeks to come we will also look at our redeemed identity, our sanctified identity, and our corporate identity.

Understanding ourselves – answering the question who am I? – is a theological endeavor. This passage from Genesis provides 5 truths to help us do this…

1  It shows that we were created by God as dependent beings. As creatures, we belong to God and can’t exist apart from Him. Paul tells his audience in Athens that in God “we live and move and have our being.” (Acts 17:28)

2  It shows that we were created in his image. Man is the apex of creation, and being made in God’s image we share such things as knowledge, reason, righteousness, holiness, and a desire for the communal; but we must not be dogmatic, as it is a restored image that we enjoy. When Christ comes in we are renewed in his image (Rom 8:29). The image we have until then is marred in some respects and destroyed in others. Nevertheless, the image is there. All are image bearers, and deserve to be treated with respect and dignity. So such things as euthanasia, racism, and abortion, should horrify us.

3  It shows that we were created male and female. These distinctions are not fluid. There are only 2 genders, and both reflect the image of God. They are complementarian in that each completes the other. Adam failed in his role to protect, so the rest of the scriptures treats Eve’s deception as Adam’s sin, and this sin has resulted in all subsequent abuse and oppression of women. But we shouldn’t abandon the good design because of the sin.

Image bearing in marriage is highlighted, but it’s not primary – singles, individuals are image bearers. Marriage is temporary, and Jesus, the perfect image, was single.

4  It shows that we were created with purpose. Adam and Eve are charged to be fruitful – to fill the earth and to rule over it. And so each marriage should seek to have children. Home and family are essential to this mandate and should be celebrated. The wife is exercising dominion over the world in the home. Whereas all people are given the cultural mandate, the Church is charged with the Great commision by which it makes disciples. It is commitment to Jesus Christ that leads to change in culture. The cultural mandate can’t be fulfilled apart from the Great Commision.

5  It shows that we are both physical and spiritual beings, that we have both body and soul, and that neither should be ignored for the sake of the other. We are not gnostics. 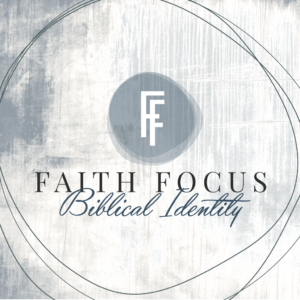