In last Sunday’s sermon, Jason taught through Matthew 12:22-32, a passage in which Jesus cast out demons from a possessed man, was marveled at by the crowds as the Son of David, and accused of being aligned with Beelzebub by the Pharisees. And it is here, in verses 31 and 32, that Jesus speaks of the unpardonable sin.

Our secular culture is new and radical. The humanistic worldview is dominant, and transcendence is virtually gone. And yet we see an epidemic of rising anxiety, suicide, and identity issues. This argues that there is more to our world than the material, that there is a cosmic battle being waged. We see this idea at work in this passage…

The response of the crowd. They are amazed that a blind man has been made to see, a mute man made to speak. “Can this be the Son of David?” they ask. Jesus has failed to meet their expectations of a political messiah, but maybe…

The accusations of the Pharisees. They are horrified by the crowd’s question, because whatever authority Jesus may have, it did not come from them. Jesus threatens their hold on power.

Jesus fights this battle with his mind, and so should we. Though our minds are affected in the fall just as our souls and bodies are, still we are to study and grow in knowledge. And as we grow and exercise the mind of Christ, we push back sin.

Jesus then says that “every sin and blasphemy will be forgiven people” except one: blasphemy against the Holy Spirit.

This is the unpardonable sin, but what does it mean?

It is not just any sin against the Spirit, but a unique one.

It is not apostasy. The rest of scripture refutes this. A true believer cannot be cut off from God. Of those that belong to him, Jesus says, “No one will snatch them out of my hand.” (John 10:28)

It is not unbelief, because unbelief can be pardoned.

Rather, it is a willful, deliberate, obstinate, rejection of Jesus Christ as the agent of evil, despite knowledge to the contrary.

The Pharisees were guilty of this by knowingly attributing to Jesus the works of Satan. Such blasphemy denies the knowledge and illumination they possessed. It is demonic, the fruit of a calloused heart, aligned against God, and attributing to God that which belongs to Satan.

In this passage from Matthew we see something of the cosmic battle we’re in. Though the war is won, we must fight on until the end, and we fight by growing in knowledge, by reminding ourselves of our baptism, and by meeting together for worship. 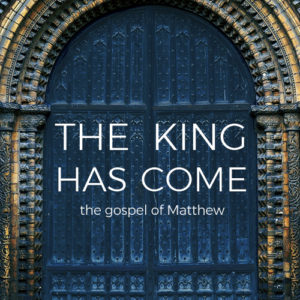